When was the last time you felt truly confident in your putt? It takes practice to become one of the pros, but it shouldn’t become a hang-up for you out there on the course. Let’s look at some ways to improve your end-game.

What is Disc Golf putting and why is it important?

For those of you are new to the game, putting is the final 10-ish metres to the basket; essentially the final throw—or throws—of the game. These final meters are referred to as the putting circle. Putting requires a steady hand and disc.

Why is it important? Ask any kind of golfer, and they’ll tell you the same thing: this is how you “sink the hole,” as it were. The adage “drive for show, putt for dough” really becomes relevant here. Though you’ll likely get a mix of advice of what matters most, many disc golfers agree that putting is the most important because it can shave those extra points off par and save your game from previous drive blunders. 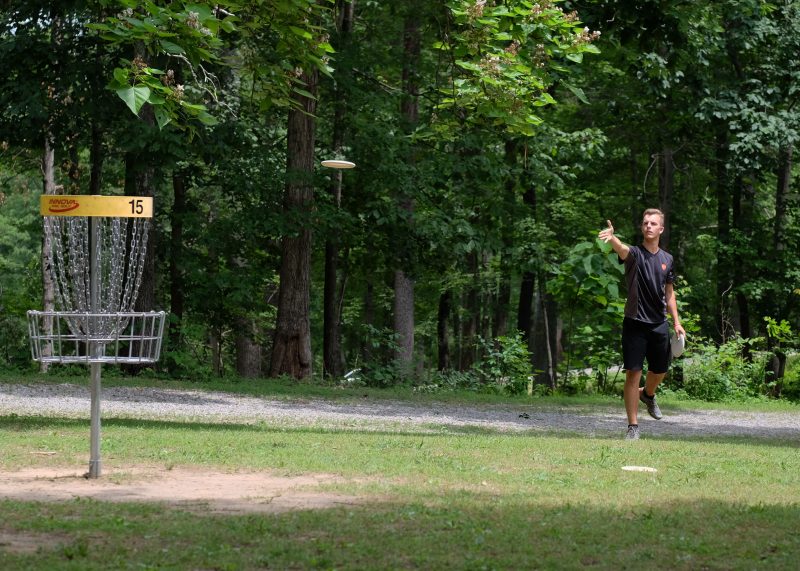 Searching the internet for putting styles will yield millions of results. Everyone seems to have their own style that works for them. But their styles may not work for you. Let’s explore some simple ways to start off your repertoire.

Though there are many types of putting, and we’ll guarantee that the more you play the more you’ll learn, these are the most used for beginners, and are a staple for pros, too! If you’re unclear on what we mean by spin or push putts, go ask an expert, or check out the video from Eric McCabe here. Put both into practice and find your own style!