Headed to watch an event? Keep Spectator Etiquette in Mind

There’s nothing more exciting than getting to see some of disc golf’s biggest names a mere ten feet in front of you as they rocket their drives off the tee pad. For many of us, being around the best of the best is akin to seeing movie stars in Hollywood – you love and adore them, yet are simultaneously super intimidated by them! 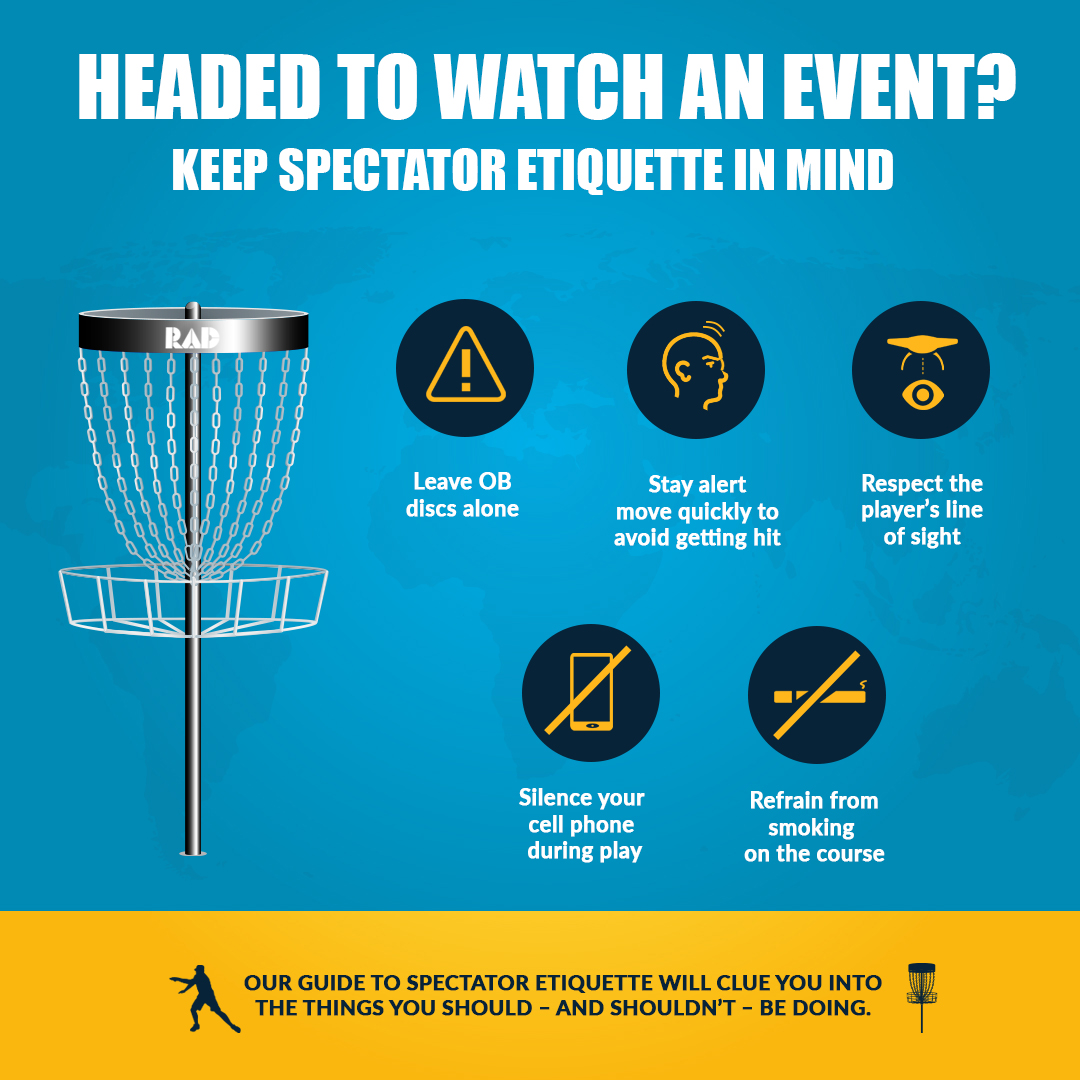 If you’re headed out to be a part of the gallery at an upcoming event and want to make sure you don’t step on anyone’s toes, our guide to spectator etiquette will clue you into the things you should – and shouldn’t – be doing.

As much as you want to get the best view on the course, perhaps one of the top items of etiquette is to keep in mind is that players need space during competition. That means standing a reasonable distance behind the tee box, or if ropes are being used, watching from the designated areas. As tempting as it is to say a quick hello and get an autograph during a back-up, it’s strictly prohibited and isn’t giving players the mental space they need to execute their next shots.

In fact, the PDGA posted a very specific policy to this end during the 2017 Pro World’s event:

“We aim to provide an optimum competition environment for our players. There will be a ‘No Autographs’ policy in effect on the course at all times during competitive play and also when the players are in the practice area. Autographs may be obtained in the parking lots and common spaces as well as after the day’s play has concluded.” 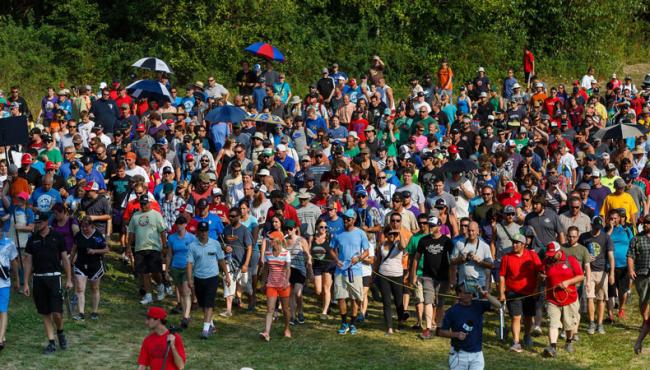 Still As A Statue

Although you might be out to follow the lead card, keep in mind that there are 17 other groups playing on the same course. Make every effort to be mindful of how loud you speak and the body movements you make, even if you’re hundreds of feet away from the competitors you’re watching.

The line of sight is another concept that’s taken seriously and for good reason – gallery members who are creating a distraction during play can literally affect whether someone wins or loses the event. If you are in a player’s direct line of sight, meaning they can easily see you, stand completely still until they have finished their shot.

Other etiquette rules that might seem like a “no-brainer” are often lost on some who attend larger tournaments, so keep in mind that you’ll need to:

Most importantly, have fun! Cheer when your favorite player hits a huge putt and don’t be afraid to congratulate the winner after all is said and done. Be sure to pack some water and sunscreen and you’ll be all set for the next big event.

PDGA Rules can be viewed here.