Skip to content
How Do You Help New Players without Overwhelming Them?

How Do You Help New Players without Overwhelming Them?

When you really look at all of the pieces, disc golf is a pretty complicated sport. Sure, throwing a disc a few times into the basket is easy on the surface, but knowing about various shot types, disc molds, stability, and more can be enough to turn a new player off. 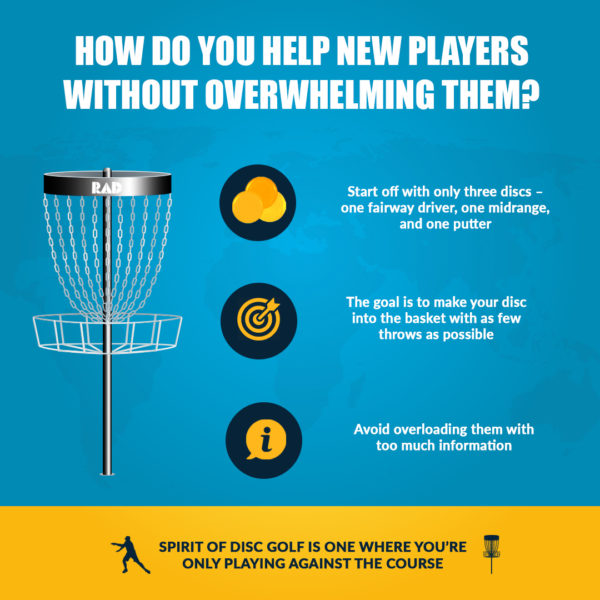 If you’re teaching someone about the sport we love, how do you do it without making their head explode? Rather than overwhelming them with a ton of information, it’s best to take it slow and easy.

Start With A Disc

Many newcomers aren’t even aware that a disc isn’t the same as a frisbee, so when it comes to talking about plastic, keep it simple. Your best bet is having your friend start off with only three discs – one fairway driver, one midrange, and one putter. Unless they’re a disc golf prodigy, distance drivers probably aren’t appropriate yet for their skill set. 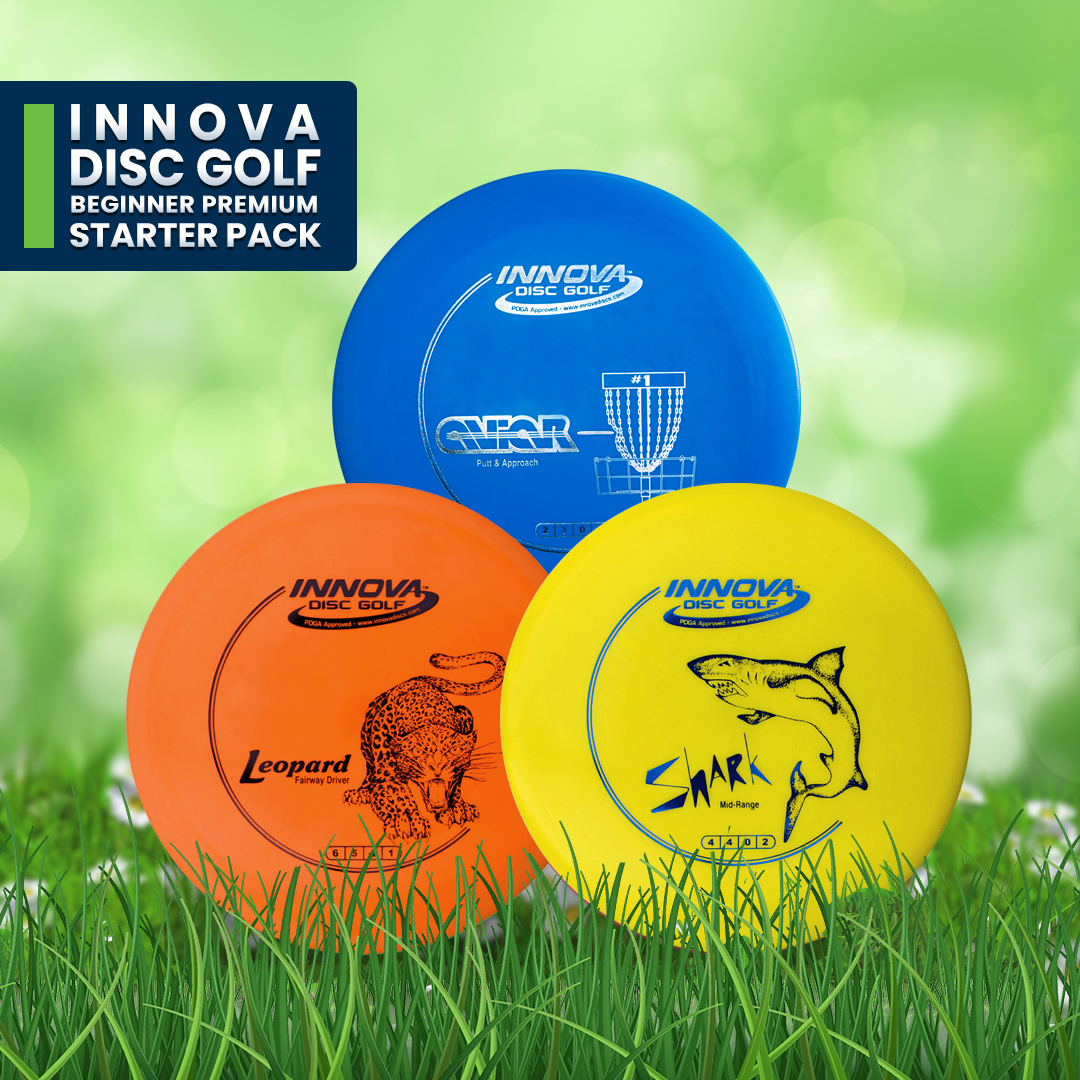 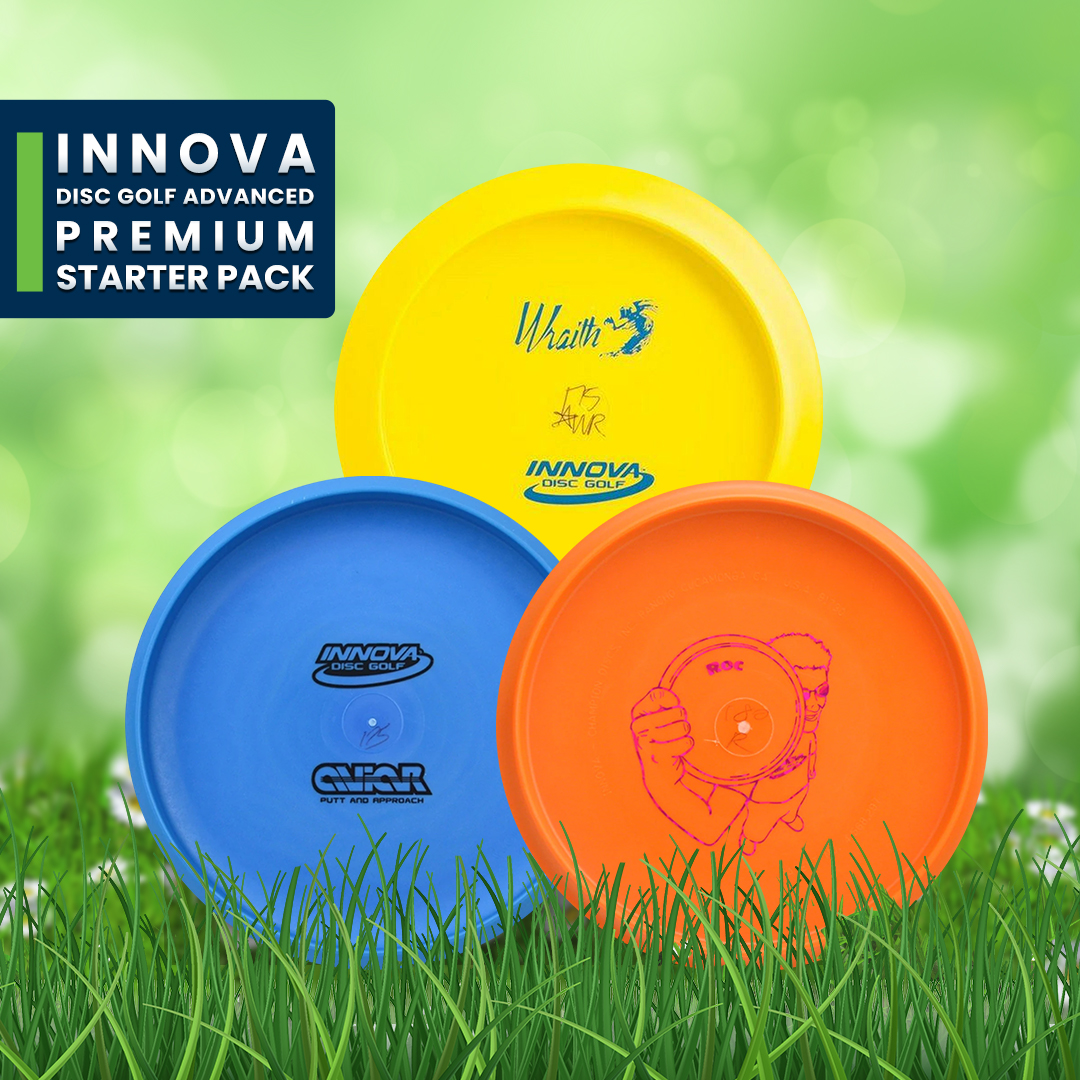 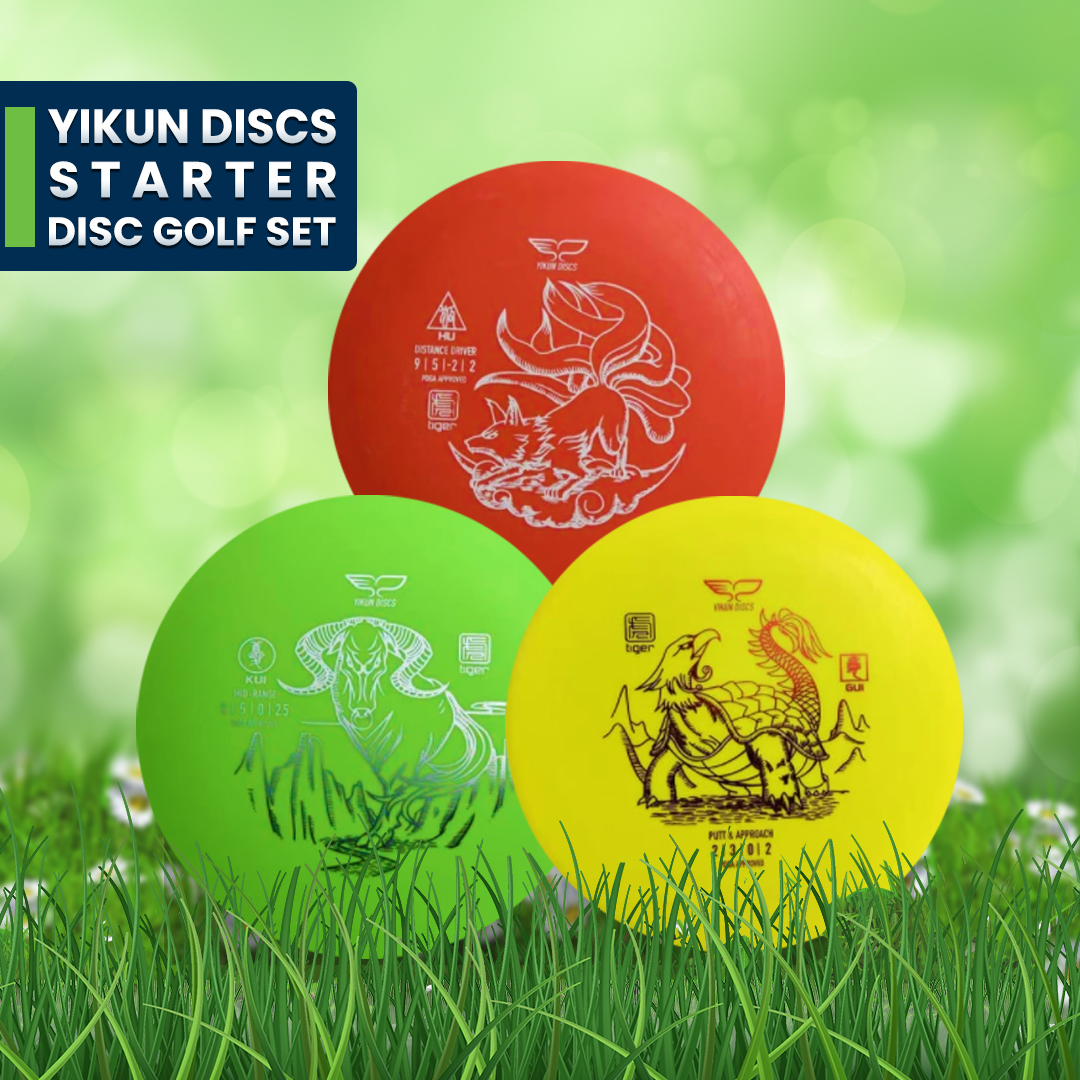 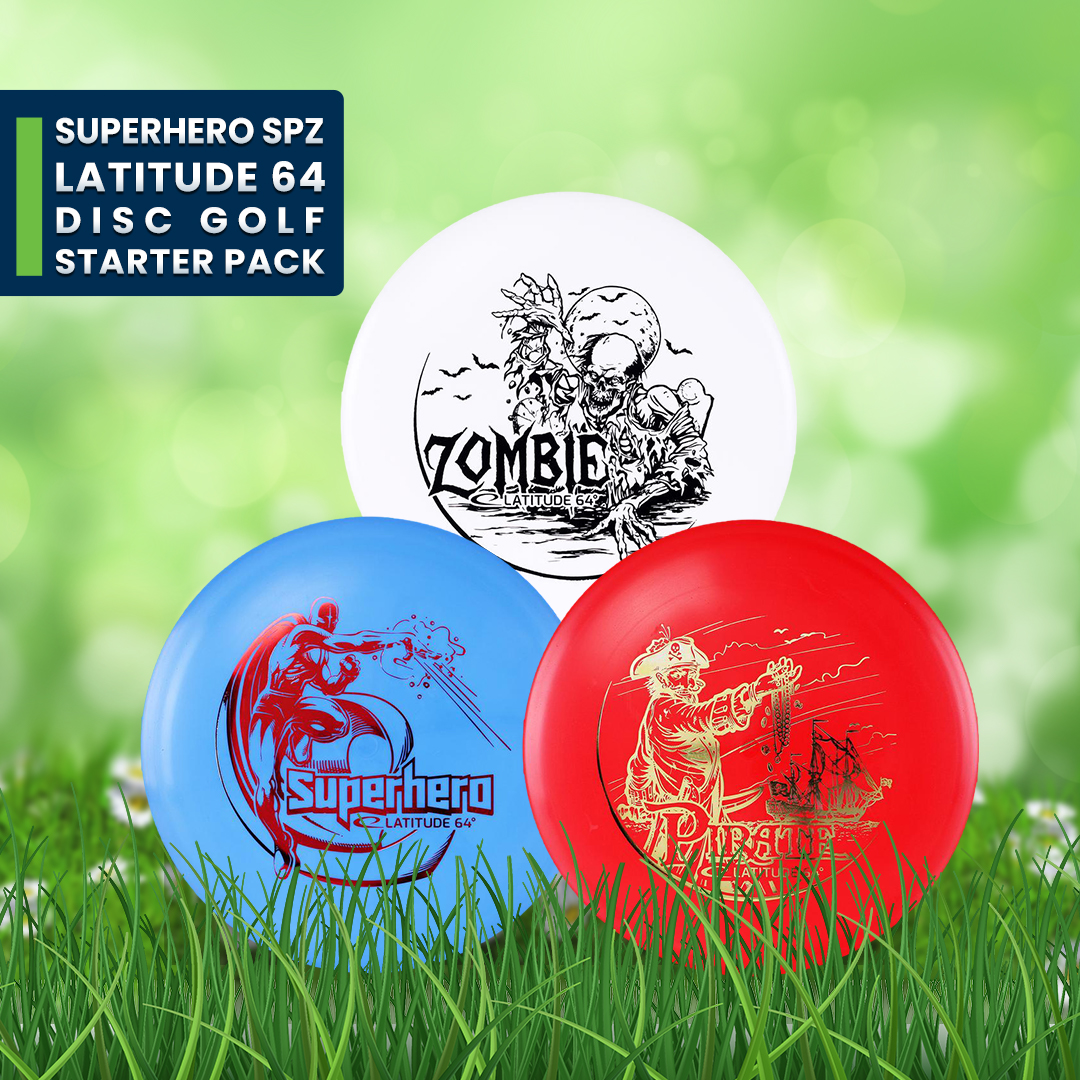 As an easy rule of thumb, tell them that their driver is for throws off the tee box, their putter is for anything within about 50 feet of the basket (adjust this number according to their skill level), and their midrange is for any situation other than those two. Make sure they are using discs that are primed for turnover shots to improve their accuracy and distance.

When you’re playing a casual round with someone and it’s their first time on the course, it’s important to discuss the basics of the game not only so they know what to do but also so they keep themselves and others safe. Form and technique along with more official rules can come later. 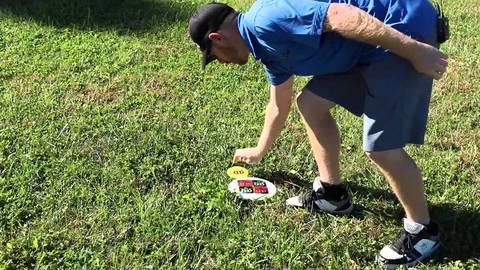 Knowledge like making sure you don’t throw when someone is in front of you, especially for parks with walking paths, is crucial, and as long as you explain that the goal is to make your disc into the basket with as few throws as possible, you’re pretty much set. Items like foot faults and basic throwing and putting form can be discussed, but we’ll leave that to your discretion. The ultimate goal is to avoid overloading them with too much information – unless they’re dying for it!

More often than not, new disc golfers are discouraged when their disc only goes 60 feet off the tee box and they see you bombing discs down the fairway. Remind them that this is a totally casual round and that you’re not competing against each other. Rather, the spirit of disc golf is one where you’re only playing against the course and are looking to improve your own personal skill set.

Entering the round with this thought in mind will often help to lessen their nerves and ends up making the game more fun. After all, we want them coming back to the course time and time again!

We’d love to hear your stories about how you have helped new disc golfers without overwhelming them. Did you provide a lot of instruction initially or did you ease them into it at a slower pace? Let us know in the comments below!