Skip to content
The Founding Fathers Of Disc Golf

The Founding Fathers Of Disc Golf 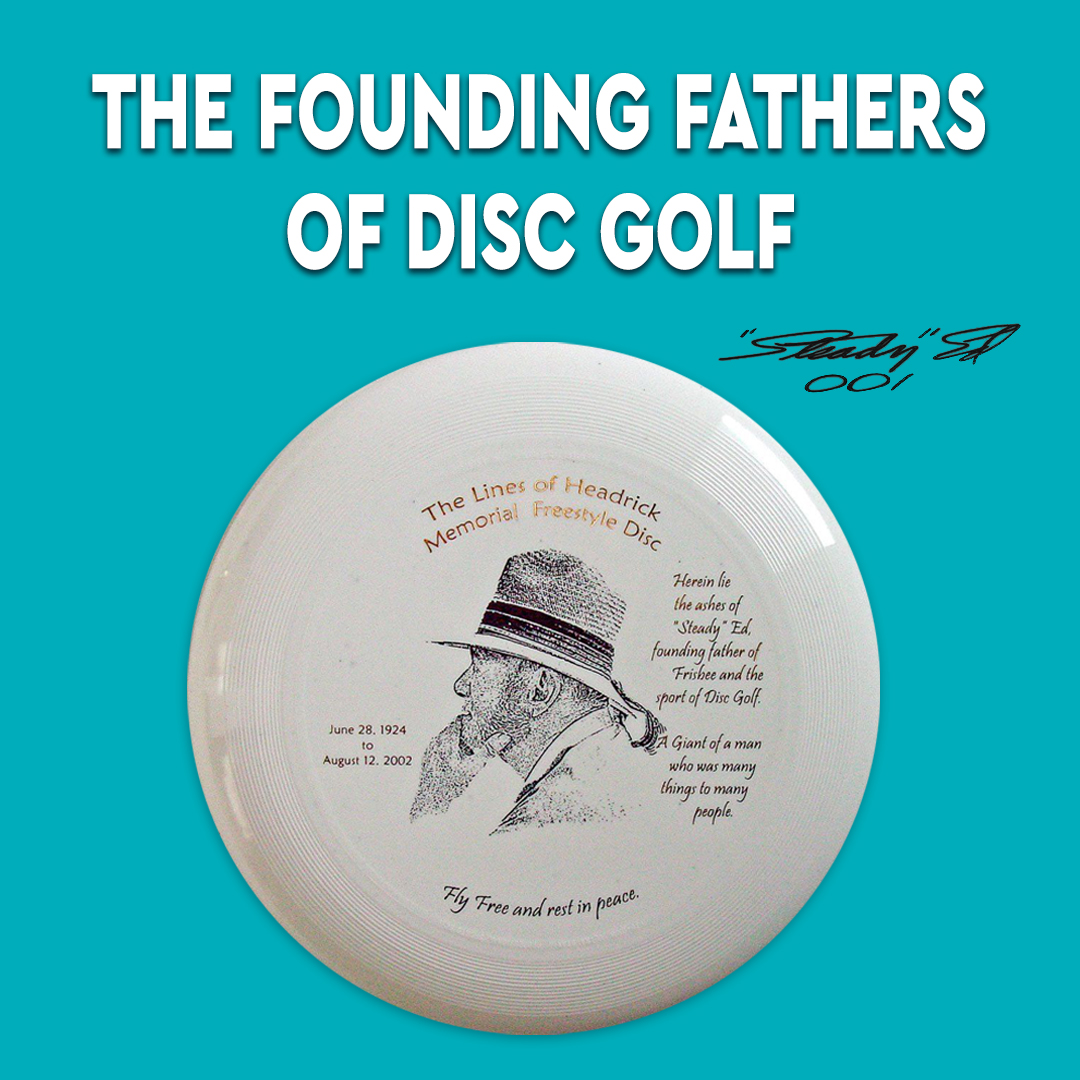 Despite being a relatively new sport in the grand scheme of things, disc golf’s basic premise has been around far longer than most realize. Notable names like “Steady” Ed Headrick and Dave Dunipace are credited with introducing the modern golf disc and basket to the world, yet there are more individuals behind the scenes who have helped to make what we love to do a reality.

It’s obvious to most that the golf disc is one of the essential parts of the game we all know and love, but its roots are found deep in the creation of the Frisbee. In fact, as far back as the 8th century BC the Greeks were known for discus sports, and in the early 1900’s people began experimenting with flying discs.

The Frisbie family owned and operated a bakery in Connecticut in the first part of the 20th century and have been credited with the plastic disc that we throw in the park or on the beach, and in 1957 Wham-O officially created the Frisbee thanks to “Steady” Ed, who was an employee at the time.

Making A Name For Itself

Slowly but surely, thanks to the creation of the DGA in 1976 after Ed resigned from Wham-O, frisbee sports and disc golf in particular started to grow in popularity. As another of his ideas, the PDGA, started to gain support around the nation, Ed capitalized on his vision to create competitions of a professional caliber. Tournaments were held boasting large cash payouts, and those who were in the disc golf circle could tell that something big was on the horizon.

For the next handful of years, “Steady” Ed was quite active in promoting the sport and began the process of installing courses across the country. Then, in 1983, another major name that we now know entered the scene and changed the sport in a way that would propel it by leaps and bounds.

With a passion for frisbee sports and the keen ability to see the momentum that Ed was creating, Dave Dunipace co-founded Champion Discs, a company that would forever change the design of golf discs as we know it. His first prototype was the Eagle, and soon became the hot new disc to have. Dave later changed the company’s name to Innova, and as we all know, the rest is history. The Eagle is now called the Aero and is still available for purchase.

You could say that the creation of the Eagle in 1983 was the turning point that truly distinguished disc golf from Ultimate or casual beach fun, while others might point to “Steady” Ed and his ingenuity in creating baskets and forming the structure of the game which we still follow today.

And yet there are still many more who played an integral part in helping to get disc golf to where it is today:

The history of disc golf is long yet complex, but ultimately we can never give enough thanks to the men and women who were so pivotal in creating the sport of disc golf. It’s only due to the passion and sheer determination of so many before us that we get to enjoy the sport at the level it’s at today.