It may seem like disc golf, though very prevalent in some areas of the country, simply doesn’t make the list of most popular sports in the world. The familiar “Huh?” when you try to explain your passion seems indicative of a sport that’s having difficulties getting its feet off the ground. So how much is disc golf actually growing? How much of disc golf has made it to mainstream sports broadcasting?

Yes, disc golf has increased rapidly, even the past few years, and it’s continuing to grow in areas outside of the US, where disc golf originated. Nearly 20% of all disc golf courses in the world are outside the US. Since Australia now only boasts 55 (as of the latest poll last year), it’s time we joined the band wagon and became a disc golf giant.

What’s in a disc? Men and women are both interested in disc golf, but how many of each are really invested in the sport? If you look at mere statistics, the overwhelming answer is men, showing 92% of males playing disc golf.

But that doesn’t mean that women are not joining the ranks. Although only 8% of the PDGA’s registered disc golf players are women, the number is growing rapidly. With an increase of around 300%, women number in the 3,600s, and the number is still on the rise. Imagine how high that number could reach in a matter of years if everyone brought their mum along. 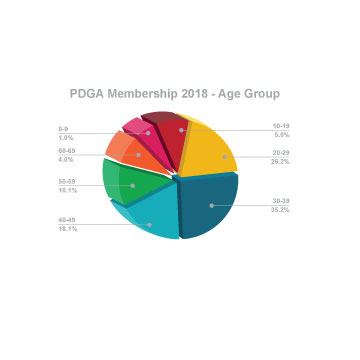 We’ve heard it time and again. Disc golf is played by people of all ages and creeds. It may surprise you to know how the numbers stack up. Everyone, from various educational backgrounds to wide ranges in household incomes, play disc golf. 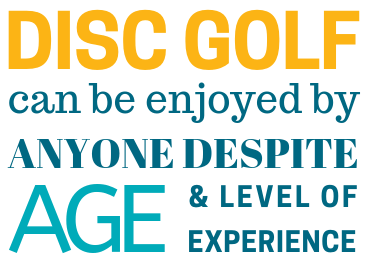 Disc golf is absolutely an “everyone” sport. From location to personal attributes, people all over the world enjoy disc golf, and it is continuing to grow rapidly. Membership has grown by 358% over the last ten years, and it continues to become more popular every year. So, who knows? You may have disc golf friends ranging from Norway to Chile in the years to come!